During the spring and summer of 2021, Dear Rhode Island invited a few guest penpals to write “Dear Rhode Island” letters, reflecting on what connection means to them as they watch their community begin to rebuild from the pandemic. We’re excited to share these letters with you, both as an opportunity to reflect together and as inspiration for your next letter.

Lorén Spears spoke of joy and loss, change and presence.

Welcome someone into your circle.

Lorén M. Spears, Narragansett, Executive Director of Tomaquag Museum, holds a Master’s in Education and received a Doctor of Humane Letters, honoris causa in 2017, from the University of Rhode Island and Doctor of Education, Honoris Causa from Roger Williams University in 2021. She is an author, artist and shares her cultural knowledge with the public through museum programs. She has written curriculum, poetry, and narratives published in a variety of publications such as Dawnland Voices, An Anthology of Indigenous Writing of New England; Through Our Eyes: An Indigenous View of Mashapaug Pond; The Pursuit of Happiness: An Indigenous View and From Slaves to Soldiers: The 1st Rhode Island Regiment in the American Revolution. Recently, she co-edited a new edition of  A Key into the Language of America by Roger Williams.

Francis Parra reflected on the challenges and opportunities that COVID presented to her theater, Teatro ECAS.

We learned to break through the “fourth wall” via our devices, reimagining the way in which the public could immerse itself in a live performance.

Francis Parra is the founder and artistic director of Teatro ECAS. She received the Tom Roberts Prize from the Rhode Island Council of the Humanities awarded Parra the 2018 Tom Roberts Prize, which celebrates creativity in topics, disciplines, and formats that extend the field of the humanities. As RICH described, “Parra bridges the humanities and arts with programming that exposes Rhode Island audiences to Latin American literature and scholarship as well as Spanish-language performance. A powerful cultural leader, Parra makes connections between artistic practice and our state’s demographic changes, ensuring opportunities for the growing population of immigrants and Rhode Island-born children of immigrants to see their own stories reflected in literature and performance.” She was born in the Dominican Republic and graduated from APEC University in Santa Domingo.

What exists beneath a scar?

Janaya Kizzie is an author, archivist, and historian living in the Providence area. She processed the AS220 Collection, documenting the history of arts and place-making, at the Providence Public Library in 2016, and was named the Rhode Island Council for the Humanities Rhode Island Public Humanities Scholar in 2020.

Michael Fine wrote two letters, the first in spring and the second in early fall.

Michael Fine, MD is an author, community organizer, and family physician.  He serves as Chief Health Strategist for the City of Central Falls Rhode Island. Fine is the author of Abundance, a novel about two young Americans caught up in the Liberian civil wars of 1998-2003 (PM Press, 2019) and The Bull and Other Stories (Stillwater River Press, 2020) and Health Care Revolt, which exposes the failures of the health care market to deliver health – and describes a movement to build the health care system the US needs (PM Press, 2018). Since the beginning of the Covid-19 Epidemic, Fine as served as resident public health expert for GoLocalProv, delivering daily commentaries and updates to 50,000 people.  His editorials appear regularly in the American Journal of Public Health.

For some reason, my loved ones’ faces appearing at the exact same width and height as my spices brought some color and flavor back into my life.

Liza Burkin is the lead organizer of the Providence Streets Coalition. She is an urban planner, adventure cyclist, mobility, climate, and immigration justice advocate, writer, and dog mom. She loves utopian science fiction, breakfast for dinner, and talking to strangers.

Marisa Angell Brown wrote about diving into the archives.

I read somewhere that genealogy became a collective American project during the worst days of the pandemic…I wonder what everyone was searching for. I wonder what they/we will do with the stories we find.

Marisa Angell Brown is a cultural historian and critic with interests in public art, architecture, cities, preservation and spatial justice.  Her writing has appeared in The Providence Journal, Art New England, Perspecta, Buildings and Landscapes, and the Journal of the Society of Architectural Historians, and her exhibitions and installations have been covered by Metropolis, Architectural Record, the National Trust for Historic Preservation, and Rhode Island Public Radio.  She has forthcoming articles on the problematic art collection of the US Capitol in Places Journal, and on the photographer Harry Callahan in RISD’s journal, Manual.  Brown is the Assistant Director for Programs of the John Nicholas Brown Center for Public Humanities and Cultural Heritage at Brown University, where she teaches graduate seminars titled Introduction to Public Humanities and Critical Approaches to Preservation and Cultural Heritage.  She is on Twitter @marisa_angell.

Thank you to the funders who supported Dear Rhode Island: 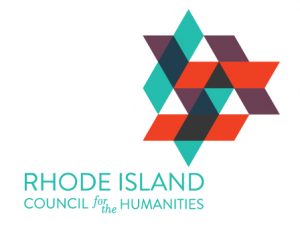 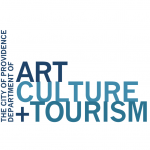